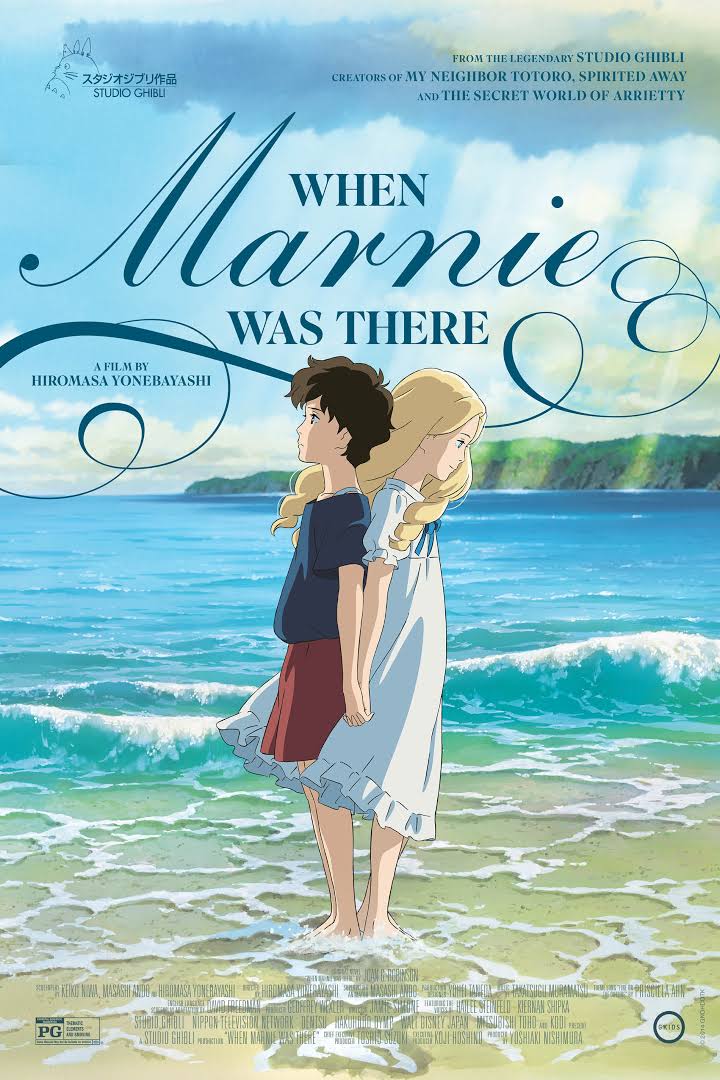 I read a review of this movie before seeing it and the review confirmed what I usually expect from a Studio Ghibli film (sumptious visuals, meh storyline), so I wasn’t expecting much going in.

Imagine my surprise when, right from the first line, I was drawn into this story of a quietly self-loathing girl. Why does Anna feel this way about herself? When she is sent to the countryside on her doctor’s advice, why does she take this as evidence that she is not wanted? Even without understanding her history, I was immediately invested in her.

The story itself is not completely original, but the way that answers are revealed to the audience is beautifully paced, and the emotions subtle yet heart-wrenching. And, as expected of Studio Ghibli, the visuals and sound effects are a love letter to the Japanese countryside. Little details brought this world to life for me. For example, when Anna is shown to her room in the house where she is to stay, she muses to herself, “Hm, smells like a stranger’s house.” I know exactly what that feels like: uncomfortably aware that you are not home, even though you know you are welcome. Like From Up on Poppy Hill, this film felt like it had a direct grip on my heart. Suffice to say, I ran out of tissues and left emotionally spent, yet gratified.

Playing at TIFF Lightbox until July 2, 2015 – catch it while you can; it’s definitely worth seeing in a theatre! (Note: I saw the subtitled version.) 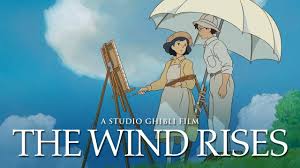 Like other Miyazaki films, The Wind Rises charms the viewer with its pastel landscapes and simple, yet appealing characters.  The script is based on the true story of Jiro Horikoshi, the engineer who designed the bombers that were used by kamikaze pilots in WWII.

It was pleasant to watch but, in the end, turned out to be a very straightforward story about a rather ordinary man, who is never depicted as having to make tough choices, since at each fork in his road, he seems to feel that he essentially has no choice.

I felt that there were some hints early on in the film that serious and politically sensitive topics, such as the morality of the use of violence and perhaps a reckoning on the responsibility a creator has for how his designs are ultimately used, were going to be addressed.  But the filmmaker seems satisfied to limit his exploration of these issues to a few cranky remarks made by Jiro’s cynical and snarky best friend.  To be fair, I don’t know if these issues could be addressed in any satisfying way, but the way the movie flirts with these topics and then drops them is a needless disappointment.

For a while, it looked like the movie was going to dramatize how Jiro came up with his innovations or show us how brilliant they were relative to the technology of the time – in which case, I was getting ready to give kudos to the filmmaker for tackling the difficult challenge of making engineering both interesting and understandable for the lay public.  (This is definitely a difficult but not impossible feat because the rare movie has accomplished this in the past, Apollo 13 being a shining example.)  But no, disappointed again.

I must credit the excellent voice acting (I saw the English dub, with Joseph Gordon-Levitt playing the lead) for giving way more personality to the characters than would have been expected from their rather mundane lines and also for making me enjoy this movie on an emotional level despite feeling kind of irritated at it on an intellectual one. The first three-quarters of this movie plays as an enjoyable, kinetic, somewhat random ride, with cameo appearances from multiple LEGO-affiliated franchise characters, and more than a little borrowing from The Matrix for its plot and main characters.

I was ready to dismiss it as a 2.5 star effort, with a few funny moments, but no really inspired message.  However, near the end, a larger plot is revealed which cleverly explains the randomness in the earlier parts of movie and also happens to carry a rather profound message uniquely relevant to LEGO’s multi-generational appeal.

Yeah, that’s how good the twist is.  I will say no more. There are some really interesting ideas presented in this film about a dystopian future – writer/director Neill Blomkamp has again constructed a rich world with multiple facets for exploring – but he seems to have left many details unexplained, such that each character’s motivations/fears/expectations are confusingly vague. It’s impossible to feel any suspense when it is unclear what any given character thinks is likely to happen vs. what he hopes will happen.

The interesting thing about this Oscar winner (for Best Foreign Language Film) is that it  draws the viewer into the lives of several interlinked people who end up at odds with each other, but manages to keep of all of the characters relatable and fundamentally decent.

The acting is so natural that it feels like a documentary.  I don’t usually like a lot of handheld camera, but in this case it helps with the realism and also, as the camera navigates the tight corridors of the apartment where most of the action takes place, gives a sense of the claustrophobia of these people trying to get along together in tight quarters and difficult circumstances.

There is also an interesting depiction of how family/civil court operates in Iran.  I’m not sure how realistic it is, but it inadvertently shows why, in the west, we have chosen a much stricter standard for admissible evidence even though it comes at considerably higher court costs.

The only thing keeping this film from a 3.5 star rating is that the early sections establishing the household’s routines go on too long. This is an entertaining suspense with some nice plot twists and good acting, but the plotline doesn’t hold up to any serious scutiny.

This post-apocalyptic sci-fi entry, featuring Tom Cruise, has been criticized for its derivative themes.  It does have some striking similarities to other sci-fi films (esp. Moon, starring Sam Rockwell) but rearranges those borrowed themes into a new and well-told story, akin to The Matrix‘s debt to Dark City.  I think, in general, that science fiction is held to a higher (and unfair) standard for creativity than other genres.  Yes, it’s another film about clones, but you don’t hear other films being dismissed in the same way for being yet another drama about a dysfunctional family, or yet another suspense featuring a double-cross.

The big budget was put to good use in the design and execution of the vehicles and other machines.  It’s a good-looking movie.  The story was thoughtfully told, with plot points only being revealed at critical moments, and with loose ends satisfying tied up by the end.

After being unimpressed with the trailer, I wasn’t planning on seeing this film, but rave reviews from critics and a stellar rating on imdb changed my mind.

The concept is that a group of comedic actors, playing themselves (or parodying themselves), are gathered for a party when some kind of apocalypse strikes the world.  Sounds funny, right?  Unfortunately, a lot of the script feels like uninspired improv, with each joke going on a little too long and just not being funny enough to make you laugh.

I kept waiting for this film to get funnier or more clever, based on the reviews I had read, but, no, this film is what its trailer promised and nothing more.

Based on the John LeCarre novel about British spies during the Cold War, this film adaptation is virtually impossible to follow unless you are familiar with the world of Cold War era espionage.

I watched this with sub-titles on, so at least I had some help learning the names of the numerous characters (eg. “Control” is the name of one of the spies).  Despite the fact that the casting director wisely chose actors with very distinctive faces, I still couldn’t keep track of which name belonged to which face, and, since off-screen characters are frequently referred to only by their names, this is a problem.

The story is told in a non-linear fashion, and there were several scenes in which I was so lost as to what was going on that, when the film finally reveals the significance of the earlier mysterious scene, I had completely forgotten it.

Add the above problems to the fact that there is very little movement in the film (I mean, literally, people move around slowly, if at all, and, being British, emote very little) and you have a strangely inert movie.  If the viewer could understand all the calculating that is presumably going on inside the characters’ implacable exteriors, I guess it could have been suspenseful.

I only know that there was a coherent story under this mess because I watched it with someone who had read one of LeCarre’s novels as well as other spy novels that deal with similar themes and he was able to explain many of the plot points that I had missed.

Still, a movie that cannot stand alone and requires extensive background knowledge for basic comprehension of its plot, is a failure.