I have continued to play Ikemen Sengoku: Romances Across Time daily in 2018, marking more than one full year of play. I typically have a short attention span for games, so I’m pretty certain this is the longest time that I have stuck with any electronic game in all of my life! 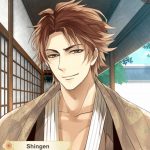 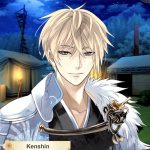 2018 saw the release of Main Routes for 3 more warlords: Shingen (the flirt) in March, Kenshin (the yandere) in June, and finally Mitsunari (the angel) in October. Shingen, of course, is my best guy and I had been anticipating his route since before I even downloaded the app. His story was a little bumpy in the beginning, but ultimately did not disappoint – Shingen is sweet, forward-thinking, has a great self-deprecating sense of humour – I just love him! The Dramatic Route was more unique than the Romantic Route, but both were excellent.

Kenshin failed to win me over as the damaged, controlling boyfriend who needed to be saved. Sure, it’s a common story; girl falls in love, only to learn too late that her new guy has issues, so she ends up sacrificing her own time/freedom/money, gladly, for the sake of love. It could even happen to me in real life. But that’s so not how I want my fantasy romance to go! I completed Kenshin’s Dramatic Route only (to be fair, the epilogue was A+), but so far I have not felt like going back for the other ending.

Mitsunari’s route impressed me. I did not expect to like him as much as I did, especially after the way his story started. I guess I do tend to find the highly intelligent do-gooder types appealing (as opposed to the bad boys, which seem to be the preference for many girls). His Romantic Route was by far the better version; it was really fun. 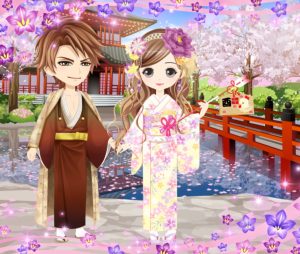