We have a very light watch-load this season. It’s probably a good thing there wasn’t much we were super keen on, as our real-life workload and demands have been heavy as of late and keeping up with even these few titles is sometimes a challenge. 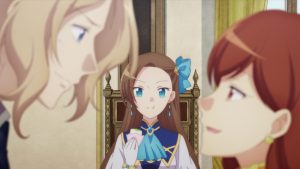 01. My Next Life as a Villainess: All Routes Lead to Doom! X (Otome Game no Hametsu Flag shika Nai Akuyaku Reijou ni Tensei shiteshimatta… X) (Ep. 1-11) – Season 2 brings more characters into the fold, including the introduction of Geordo and Alan’s older brothers. Prince Jeffrey turns out to be quite different from what you’d expect from a first prince, which is nice. To that end, of course Geordo is pretty unexpected too, with how he is bothered not one bit that his fiancée is completely unsuited for life as royalty. It seems his vast patience for Catarina’s cluelessness and growing harem is finally reaching its limit now.

The past 3 episodes, featuring the kidnapping of a Claes family member for the second time this season, are the darkest material of the series so far.
(streaming at Crunchyroll) 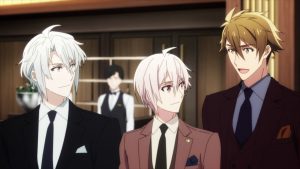 02. IDOLiSH7: Third BEAT! (Ep. 1-10) – The drama and animation quality of IDOLiSH7 is on a whole different level from most other male idol shows. During the first season, which premiered back in 2017, I remember complaining that the series didn’t bring anything new to the (already crowded) table; but by now, IDOLiSH7 is absolutely leaving the pack behind.

Because it was teased at the end of season 2, I was expecting ŹOOĻ to play a big role here, but so far that has not really come to pass. Instead, there’s been some good development for Re:vale. It’s only now that I’m finally getting a grasp on Yuki’s character. However, I have to call BS on the Re:vale backstory. No self-respecting musician, let alone one who bristles at being admired for his looks rather than his music, would choose to put down his instrument, and sing and dance on stage instead. So it’s not as if the plot points never come across as contrived, but regardless, there’s undeniably a much more ambitious story here compared to your run-of-the-mill idol show.
(streaming at Crunchyroll) 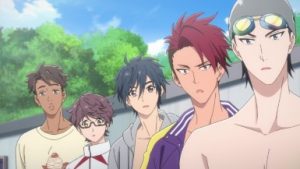 03. RE-MAIN (Ep. 1-9) – I went in expecting this water polo show to be a standard friendship/teamwork/let’s-go-to-Nationals sports anime. Well, it is that, but the pointedly angsty ED serves as a hint that there was going to be a twist. Anyway, the guys on the team are pretty amusing, and I really like that Minato has a good relationship with his sister and parents.
(streaming at Funimation) 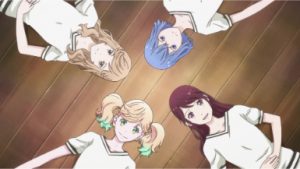 04. Kageki Shoujo!! (Ep. 1-11) – The esteemed Kouka School of Musical and Theatrical Arts trains talented young ladies to be performers in a Takarazuka Revue-like acting troupe. While Kageki Shoujo!! mostly follows the trials and friendship of the 2 main girls, it does cover some serious topics, such as childhood sexual abuse and eating disorders.

Incidentally, we dropped The Case Study of Vanitas after its third episode because it had a similar instance of sexual abuse as in Kageki Shoujo!! ep.3, but with much less awareness.
(streaming at Funimation) 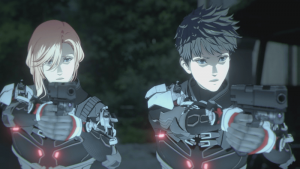 05. NIGHT HEAD 2041 (Ep. 1-9) – This had a great start. Urban dystopia sci-fi is kinda my thing; plus I like sibling stories too. I’m even cool with the CG animation. Unfortunately, the story is getting harder and harder to understand, and it just isn’t hooking me like it did at first.
(streaming at Crunchyroll) 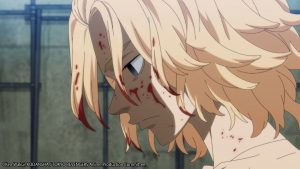 06. TOKYO REVENGERS (Ep. 13-23) – Luckily Takemichi is bright enough to explain Baji’s intentions to the rest of the dumb gang; otherwise, his sacrifice might have been for nothing.
(streaming at Crunchyroll) 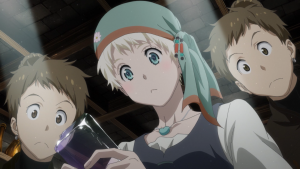 TSUKIPRO THE ANIMATION 2 (Ep. 1-6), but ep. 9 and onward will be delayed until next season due to COVID difficulties.