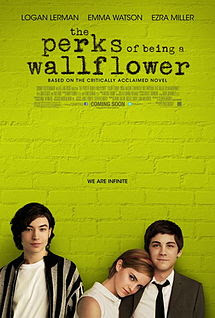 This is a generally competent romantic comedy/drama but lack of chemistry between the leads and a somewhat random ballroom dance subplot prevented the film from being great.

I say random, because I couldn’t see why Jennifer Lawrence’s acid-tongued character would also be obsessed with amateur ballroom dancing, other than the fact that it gave the main characters a reason to keep meeting for practice.

There were some funny moments involving Robert DeNiro as the superstitious football-fan dad, but in general I think this film is highly over-rated.

While it seemed to me that there was a veritable dearth of good music in 2011, that certainly didn’t seem to be the case in 2012.  Maybe nothing sounded good in 2011 because I was too affected by the disbandment of D’espairsRay, and I just needed some time to open my heart to new music.  Whatever the reason, there were plenty of tunes that caught my attention in 2012 and kept me entertained.

DIVISION, by the GazettE.  Despite the fact that the tracks were divided into a Rock half and a Digital half, the album played together as a very cohesive whole.  The band may have experimented with things like dubstep, auto-tune, and unusual time signatures, but they fully understood that the songs just had to sound good.

My top 3 favourite songs of 2012 were all from “DIVISION”: beautiful and painful Kagefumi, musically complex Kago no Sanagi, and sad and ominous Yoin.

RADICAL HYSTERIA, with B-sides COBRA and IN CREATURE, by BORN.  There was no clear winner for this category, and I was reluctant to choose this, since it’s something of a re-release (RADICAL HYSTERIA was the B-side of COBRA in 2010.)  However, RADICAL HYSTERIA is one of the best songs that BORN has ever created, in my opinion, and it really did deserve to be released as a single.  The addition of the third track, IN CREATURE, made for a solid record overall.

Runner-up:  WE aRE, with B-side COLD CHAIN, by abingdon boys school.  This was a strong comeback single for abs, and it might have won if the band had included simple instrumental versions of both tracks.  Instead, there were multiple, useless karaoke versions of just the title track.  I took marks off for that.

Rounding out my top 20 songs, in alphabetical order by artist: